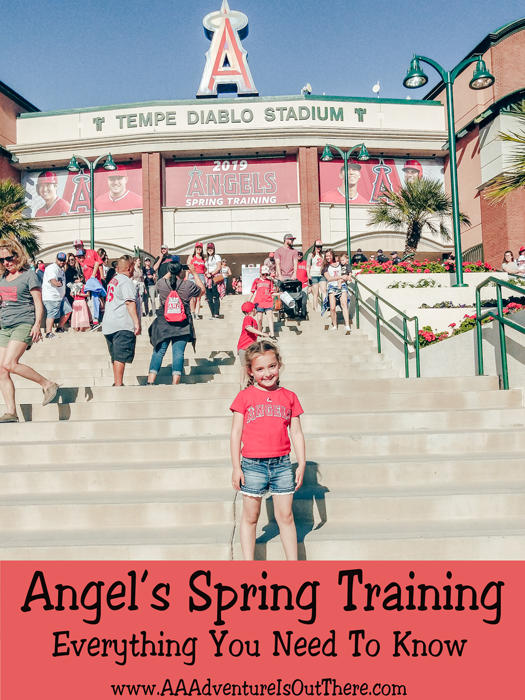 We just got back from Adam’s birthday trip to Los Angeles Angels Spring Training in Tempe, AZ.  We had such a great trip and I wanted to fill you in on the stuff you need to know before you go.

The Angels Spring Training home is Tempe Diablo Stadium in, you guessed it, Tempe, Arizona.  The stadium was remodeled in 2006 and we were really impressed with the whole complex.  Everything was clean, prices for food and beer were reasonable (I’m lookin’ at you Arte Moreno) and there was not a bad seat in the house.

The Angel’s spring training starts mid-February to March each year and tickets normally go on sale in December.  Season tickets and single tickets are both available via angels.com.  But, I’ll be honest, I stalked these tickets for 2 months before I bought them and I always found better prices on StubHub so make sure you look around.

The Marriott Resort Tempe at the Buttes is the closest hotel to the stadium (like literally in the parking lot) and it looked great.  We might try to stay here next time.  It would be great to be able to go to the hotel after batting practice in the morning and then head back across the parking lot for the game later.

There are plenty of other options in and around the stadium, especially those bookable with points. Just be sure to book as soon as the schedule is announced.  15 MLB teams hold Spring Training in the area and it gets BUSY! We booked the Hyatt Place Tempe with a free night certificate, but the published rate at the time increased from $120/night to $246/night the weekend before.

Gates to the stadium open up 90 minutes before game time.  We arrived about 2 hours before the game and barely made it into the front parking lot.  Like 2nd to last car allowed in.  So if you want to park really close, I’d suggest arriving 2.5 hours before game time.  Parking in this lot is only $5 and good news, you can tailgate!  So while you may be there early, there is plenty to do before the game.

There are 4 practice fields just west of the stadium and they are bustling with activity on game day.  You can watch everyone from single A to Majors practice and warm up.  Just take the pathway down the hill at the far north end of the parking lot and head on down to the fields.  On non-game days, fans are invited to come watch from 9am to 1pm so if you happen to be in the area but can’t go to a game, you can still go check it out and maybe get an autograph or two. While we’re on the subject of autographs, we found the 2 best spots to try and get some! 1st, the pathway that takes you down to the practice fields is also the area the players walk up to go back to the stadium.  It’s all barricaded off, but you can stand along the rail and wait for the players to walk by.  Little A got 3 signatures here starting around 2 hours before game time.  Some players just walked by and ignored everybody (ha) but most were really nice.  The 2nd place is inside the stadium, along the First base line.  In between the Angel’s dugout and the outfield tunnel leading under the stadium is the best place to line up.  You should go there as soon as the gates open.  As the players come on and off the field before the game, they will sometimes stop and sign for fans.  Little A got one more signature on her hat and a baseball from Torii Hunter Jr. here.  It was a really fun experience to get that close to the field and talk to the players.  BE POLITE!  I saw so many people, kids and adults, that were super rude and pushy. We told Little A to say “Excuse me, could you please sign my hat?” and guess what, it worked!  Polite wins every time. The stadium is really nice and surprisingly clean for a baseball venue.  The standard food options were available under the stadium awning, but we found the best food options were located in the vendor tents are the far ends of the stadium.  Delish nachos, tacos, and burgers as well as giant shaved ice, perfect for the hot Arizona sun!

There’s not really a bad seat in the stadium, everything is so close to the field!  I think the only consideration would be the sun.  If you are going to a 1pm game, nothing is in the shade until a few innings in. Most of the top rows got some form of shade during the course of the game, so if you are sensitive to that, I would choose a seat in the middle sections at the top. We sat in Section 8, Row D and we were super excited about it.  Really close to the field and looking right up the First Base line.  But we were in the sun until the bottom of the 7th inning.  The Angel’s dugout is on the First base side so if you want to be there, choose a seat in Sections 13 – 18. The lawn area is a great place for big families with kids that need to spread out.  Bring a blanket and claim your spot right when the gates open as it did fill up really fast.  But having an area where the kids could sprawl out could be really beneficial for families!

We had the best time and I’m so glad we went! We will definitely be back! 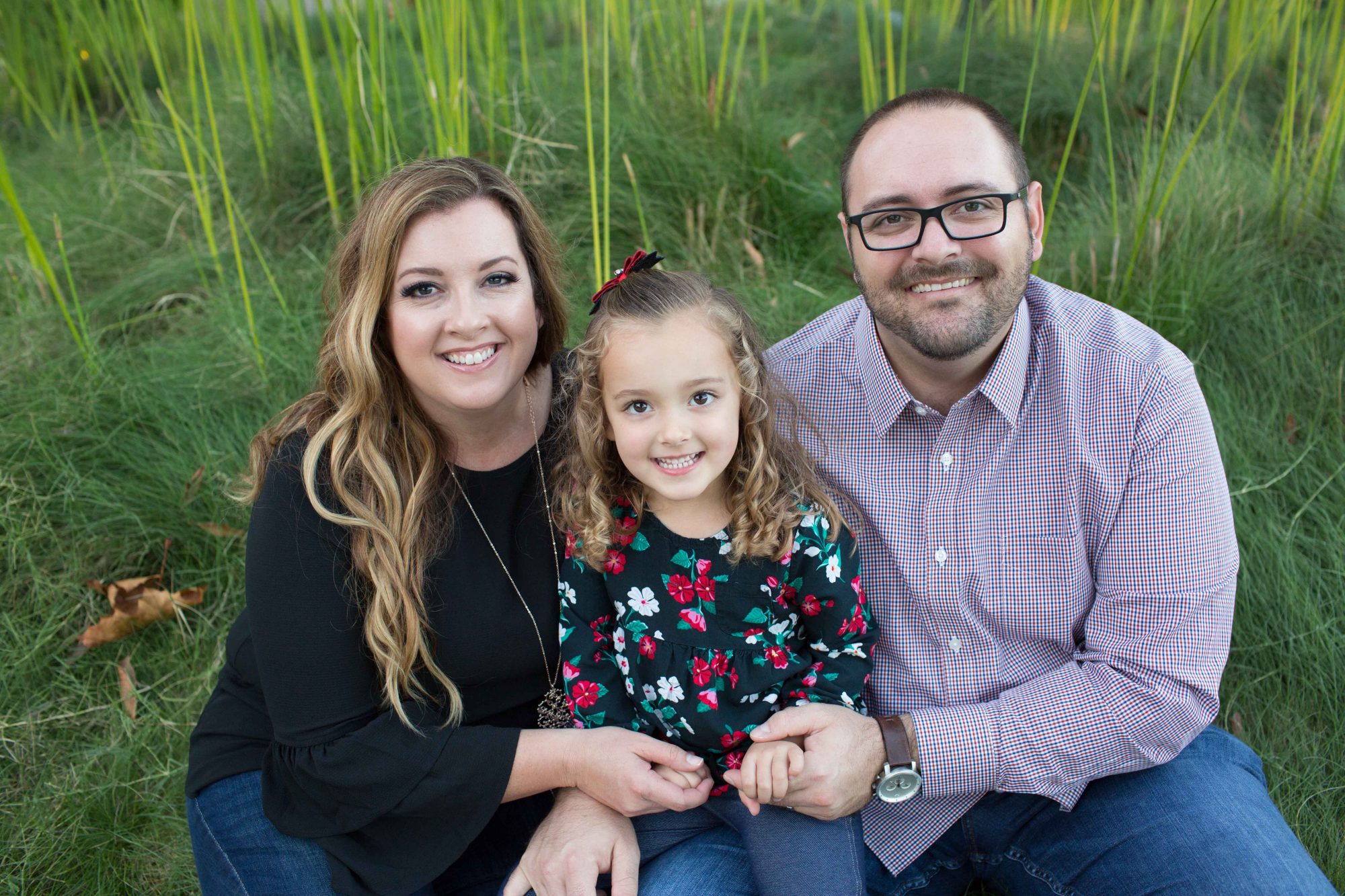